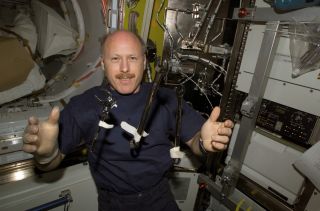 “Ken Bowersox left SpaceX at the end of last year,” SpaceX spokeswoman Kirstin Grantham wrote in a Jan. 17 email to Space News. “His responsibilities were split up among a few different people. Hans Koenigsmann was named SpaceX vice president of mission assurance.”

Bowersox, who was SpaceX‘s vice president of astronaut safety and mission assurance, could not immediately be reached for comment.

A Jan. 17 Space News query addressed to Bowersox’s SpaceX email account produced an automated reply notifying the sender that “this mailbox is no longer being actively monitored by the user.”

This story was provided by Space News, dedicated to covering all aspects of the space industry.